A Rough Maquette of the Proposed Statue with Sculptor Denise Dutton 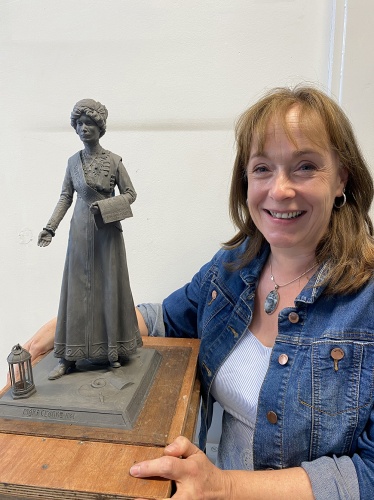 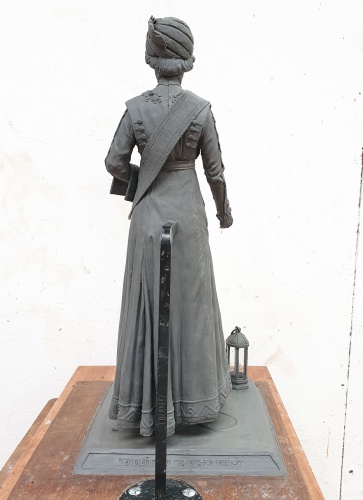 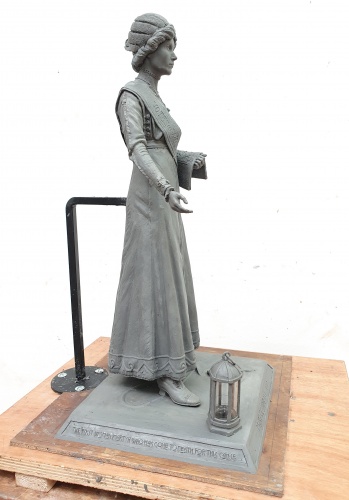 The design shows Mary after her release from prison, a couple of days before her death on Christmas Day 1910. She wears the Votes for Women sash and the Hunger Striker’s medal. She is carrying copies of the suffragette newspaper Votes for Women that she regularly sold in Brighton and Hove. It is the November 1910 edition which reports on the terrible events of Black Friday, when she and many other women were injured by police violence outside Parliament. Three women died as a result of that violence, of which she was the first.

The ground she walks on has the embedded instruments of forcible feeding, which she treads on and ignores. She gestures towards the lamp she has just placed at her feet for others to take up. This references Isabella McKeown’s comment at Mary’s Funeral Service in the Pavilion “Her they must not mourn in silence. They must take the torch from her and light the darkness....”

The low plinth will incorporate quotes from Isabella McKeown, Emmeline Pankhurst, Emmeline Pethick-Lawrence and Mary herself who said “I am glad to pay the price for freedom.