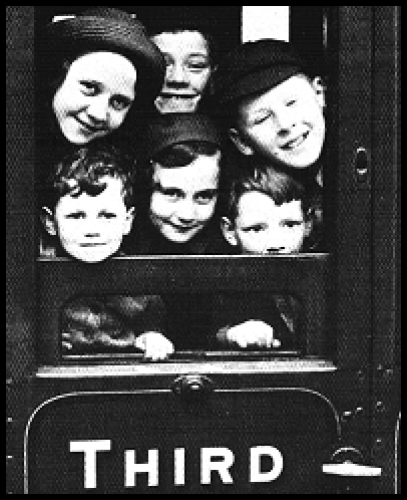 On 22 August 1939, Parliament was recalled and the Emergency Powers Defence Act was instigated. This set in motion wartime regulations, including an evacuation procedure, which had been crystallising since 1922. The signal for evacuation was given on the radio on 31 August 1939 and Operation Pied Piper began the next day. Of the 660,000 evacuees streaming out of London over the next three days, approximately 31,000 arrived in Brighton.* 400 buses and a convoy of cars met the evacuees at the railway station and delivered them to six distribution centres throughout the Brighton area.

A great deal has been done nationally to record the evacuees’ personal experiences – the teachers, pregnant women, civil servants, the old and the disabled who were evacuated alongside the children. Closer to home, work undertaken by organisations such as Queenspark Books and the mybrightonandhove website give us access to first-hand accounts of the social upheaval and insight into evacuees’ lives. What is missing from these testimonies is, perhaps, an interpretation of how Brighton itself reacted to this momentus event in British history.

Presentation of the evacuation scheme began with an editorial column in the Brighton Herald, on 2 September 1939. This proclaimed in its headline, ‘The Task Before Us. Brighton as the National Foster Mother’. The article pressed upon readers the fact that Brighton was the biggest reception area in the country, ‘Upon Brighton more than upon any other town in the kingdom has been placed the duty of looking after the children of the nation. It is both our burden and our pride’. It drew on Brighton’s historical identity as a place for holidays and health, further it set out a programme of physical and moral improvement for the evacuees:

Come to us, we smile to them, out of your crowded streets, out of the dangers of the enemy bombs, out of the rush and hurry and turmoil where child life has been but a scant chance. Come to us, children. We shall send you back into peace stronger, healthier, better fitted than you would ever be otherwise for the years of responsible life that lie before you.

Local news emphasised the smoothness with which evacuees had been received into Brighton, claiming the whole operation went without a hitch. Many column inches were given over to documenting the easy assimilation of the evacuees. There was, however, another side to the public image of Brighton as an accomplished foster parent. Not everyone agreed with the ‘miracle of organisation’ headlines.

Billeting arrangements, especially for the harder to place groups like mothers with small children, created many problems. Although Brighton teachers had made a census of billeting arrangements earlier in the year this was primarily an exercise in determining capacity, nothing more. The result was that evacuees were not easily settled and there were, inevitably, cases of social and psychological ‘mis-fit’ between evacuees and foster parents. By mid September the Herald was reporting ‘public resentment at the constant transfer of refugees from place to place’. Complaints from foster parents did not stop at the makeshift manner of the evacuation. The Brighton appeals tribunal regularly dealt with complaints about evacuees’ dirtiness, bed-wetting and head-lice and counter-accusations that the wealthy were deliberately raising these issues to try to avoid billeting. Widely publicised objections by teachers from a Norbury school, whose children had been put up in council houses, could only have made this emerging social division worse. The teachers declared, ‘If their parents found out they’d ask for the children back’.

Requests for exemption from billeting on the grounds of the foster parent being too old, tired or unwell reveal problems some found coping with evacuee children. In perhaps the most extreme case, a Brighton housewife who was unable to continue with three evacuated children, committed suicide by swallowing disinfectant and aspirins. Just as there were those unable to cope, so too were there those unwilling to do so. The Argus called them ‘misguided individuals’, while a local clergyman vilified their ‘unpatriotic and unchristian’ behaviour.

Of course, there is evidence of Brighton performing its role as caring foster mother well. One woman continued to care for her 15 foster boys, even after she had just given birth to stillborn twins and her husband had left her. She even sold some of her furniture and pawned her wedding ring to buy bedding for the boys. Staging Christmas parties was another way Brighton publicised its care of evacuee children, part of a Government campaign to keep the children away from home.

Despite the parties and Brighton’s mayor writing to foster parents urging them to ‘keep the children at Christmas’, the trickle back of evacuees had already begun. Then in July 1940, with the threat of a German invasion, Brighton was declared no longer a ‘safe area’. The remaining evacuees were re-evacuated to other areas, together with local children. Belatedly, Brighton realised that it was not the safe haven for the children of the nation it had hoped to be. 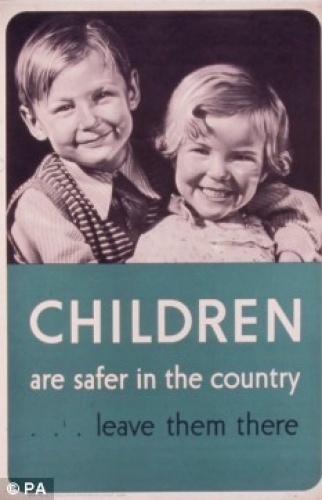 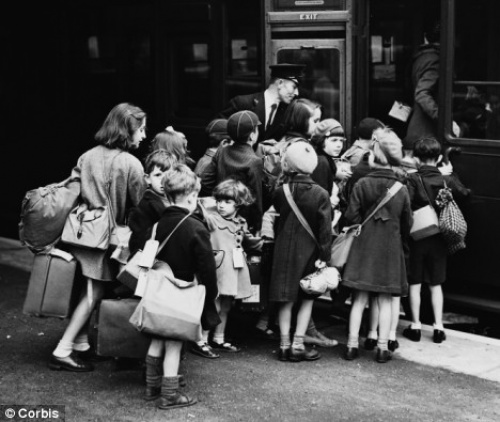