By David Beevers, Keeper of the Royal Pavilion

The Prince Regent, later George IV, married his cousin, Princess Caroline of Brunswick in 1795. Princess Charlotte of Wales, born in 1796, was their only child. Her parents separated three months after her birth and Charlotte’s upbringing was that of the child of a broken marriage. She spent a lonely and isolated childhood, kept apart from her mother and with a distant father who was jealous of the nation’s affection for his daughter. ‘My mother was bad’ wrote Charlotte ‘but she would not have become as bad as she was if my father had not been infinitely worse’.

Charlotte inherited from both her parents a capacity to fall in love on impulse and, though closely supervised, she had a number of flirtations. Worried about her susceptibility, her father was determined she should be married and in 1813 Charlotte was persuaded for diplomatic reasons to become engaged to the Prince of Orange, son of William I of the Netherlands. When she realised that she would have to spend part of the year in Holland, she refused to marry him. Following stormy arguments with her father, she broke off the engagement in June 1814.

Charlotte at last found a suitor – approved both by her and her somewhat reluctant father – in Prince Leopold of Saxe-Coburg Gotha. Leopold served as a cavalry officer in the Russian army and arrived in London in the Tsar’s entourage in 1814. Charlotte and Leopold had a chance encounter in London in June and met occasionally at parties. But it was not until February 1816 that they were formally introduced to each other at the Royal Pavilion, Brighton. The couple rapidly fell in love, and on 10 March 1816 the Prince Regent – in Council at the Royal Pavilion – gave his formal consent to their marriage. It was not until April that Princess Caroline heard of her daughter’s approaching marriage. The Prince Regent refused to invite her to the wedding.

Charlotte felt that at last she had a chance of ‘real domestic happiness, like other people’. The couple were married at Carlton House in London on 2 May 1816. In August 1816 Charlotte and Leopold moved into Claremont House, near Esher, which had been purchased for them by Parliament.

For just over a year Charlotte was blissfully happy and stories were told of her charitable work, concern for her tenants, and her enjoyment in improving the house and estate. ‘We lead a very quiet and retired life’ she wrote ‘but a very, very, happy one’. She was still mindful of her royal destiny, however, and declared ‘Do not imagine that in marrying Prince Leopold, I can, or even will, sink to the rank of Mistress Coburg – entertain no such idea, I beg you’.

A few weeks after her marriage Charlotte miscarried; she miscarried again in December 1816. By April 1817 she was pregnant again and this time the pregnancy lasted its full term, although doctors expressed alarm at Charlotte’s large size.

On 3 November 1817 she started a long labour that lasted 50 hours, giving birth to a stillborn boy weighing nine pounds on 5 November: ‘a noble infant it was’ wrote Lord Eldon ‘as like the Royal Family as possible’. At first, Charlotte seemed to recover after her ordeal. But hours later she complained of stomach pains, inability to swallow, chill, singing in the head, tightness in the chest, and difficulty breathing. She died at 2.30am on 6 November 1817, probably of a postpartum haemorrhage.

The Prince Regent heard of his daughter’s death two hours after the event. He ‘struck his forehead violently with both hands, and fell forward into the arms of the Duke of York’. Then, thinking of Leopold rather than himself, he said ‘What is to be done for the poor man? Great Heavens!’

Leopold was devastated by the death of his wife and child and never properly recovered. Although he remarried, had children, and became King of the Belgians, he said that Charlotte’s death destroyed ‘at one blow every hope of happiness’. On his deathbed 48 years later, his last words were ‘Charlotte, Charlotte’.

Princess Caroline, exiled in Italy, heard about her daughter’s death only by chance, when she was told by a courier sent by the Prince Regent to inform the Pope. On hearing the news, she fainted.

The news came as a profound shock to the whole country, especially as the eagerly anticipated birth of a second in line to the throne so suddenly gave way to grief. In Brighton ‘the natural calamity caused a sensation too deep and heartfelt for language to describe; everyone appeared as if a dreadful misfortune attached to his own family…gloom and melancholy have complete possession of the town’.

After long years of elderly or sick monarchs, Charlotte was the hope of the nation, popularly known as the Daughter of England. With her death two generations were extinguished – the future Queen of England and her son, who would have become king. Charlotte’s death led to a race amongst her uncles, the Prince Regent’s brothers, to produce a legitimate heir. If she had lived, it is possible that Queen Victoria (daughter of Charlotte’s uncle, Edward, Duke of Kent) would not have been born, let alone succeeded to the throne. Looking back from the 21st century, the Victorian age has become a defining era in British history; whereas Charlotte, so popular in her own time, has become a forgotten princess.

The exhibition Charlotte, the Forgotten Princess continues at the Royal Pavilion until 10 March 2013 www.brighton-hove-pavilion.org.uk 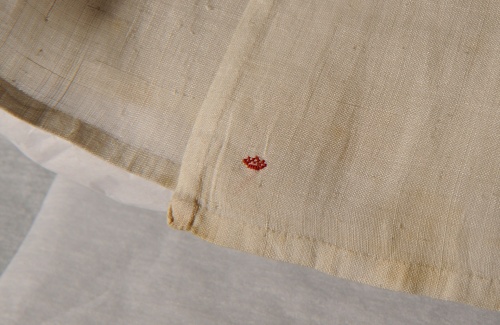 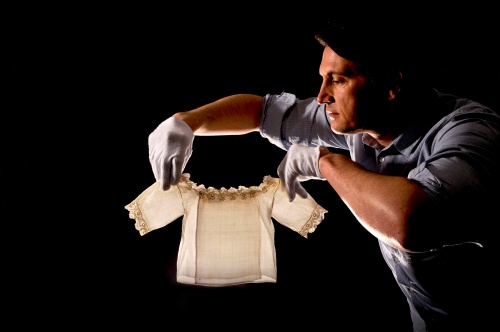 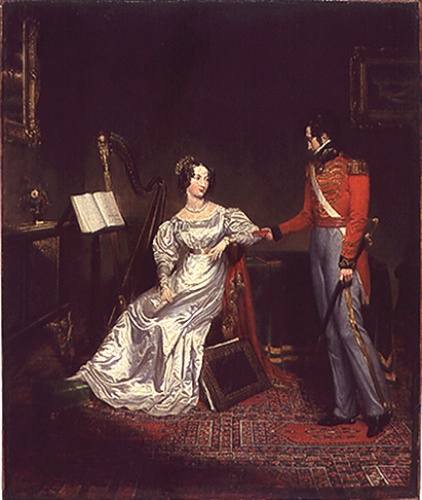 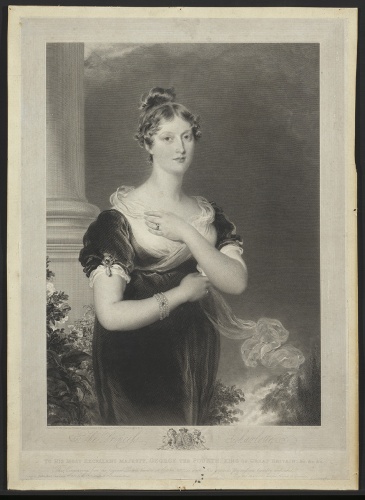