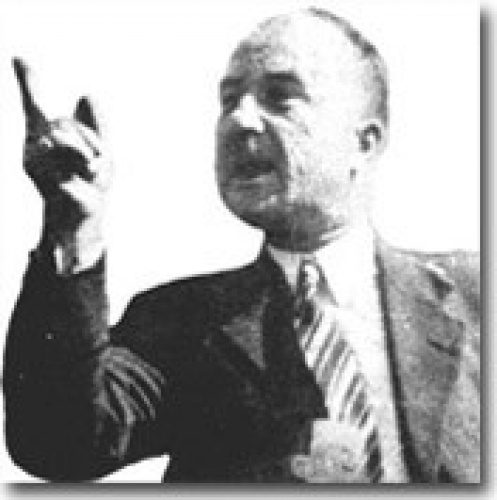 Harry Cowley was born in 1890 and worked in Brighton as a chimney sweep. He was, however, so much more than this. From the 1920s onwards, he was involved in grass-roots social activism, working outside of all political parties for the benefit of local people. With a self-help attitude towards social welfare he organised practical aid for the poor and disadvantaged of the town by mobilising pensioners, moving homeless families into squatted buildings, campaigning for cheap food and running social events and centres.

He was also a great champion of Brighton’s unemployed. He mounted campaigns to force the Council to give fixed pitches to stallholders in Upper Gardner Street and sites for barrow boys in the part of Brighton now bounded by the London Road shopping centre and the Level.

When Harry died in 1971, 500 attended his funeral in the Church of St Peter, Brighton, London Road. They came to pay tribute to the man commonly known as ‘the Gov’nor’.