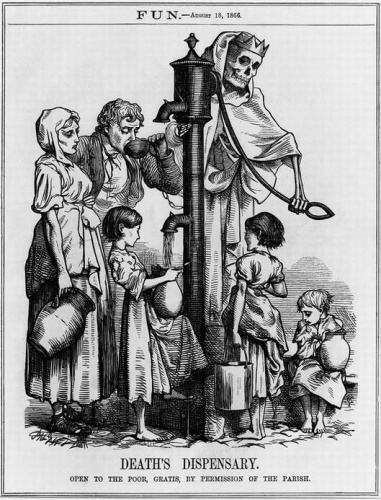 This drawing by George John Pinwell was published during the cholera epidemic of 1866, and marked the recognition of John Snow’s account of how cholera was transmitted. Although Dr. Snow did not discover the cause of cholera, he did show how the disease could be spread and how to stop a local outbreak. This was the beginning of modern epidemiologic studies.

Medical scandals are at the forefront of everybody’s mind at the moment, not least because of the catastrophic failings of the Mid-Staffordshire NHS Trust. The national press even went as far as to dub 6th February 2013 the “NHS’s Darkest Day”. Of course, in the history of medicine there have been many low points, although not all of them were the subject of such close scrutiny by the media and the general public.

By the start of Queen Victoria’s reign, reports were already being compiled on the noticeable increase in the wide range of contagious diseases suffered by people living in Brighton. Mid-way through the 19th century a local doctor called William Kebbell noted the number of epidemics that had occurred in the town: 59 deaths from whooping-cough in 1839, 86 deaths from smallpox in 1841 and 130 deaths from scarlet fever in 1842. His greatest concern was, however, the average of 217 deaths per annum caused by consumption: one fifth of the total deaths, a larger proportion he pointed out, “than that which obtained in Liverpool for the same complaint; and which is the most unhealthy town in the kingdom”.

The situation in Liverpool was bad, but clearly things were worse in Brighton. Kebbell knew that the highest rates of mortality were confined chiefly to the poor and attributable to their commonly overcrowded, damp and badly arranged homes. He continually warned that unless the town’s Victorian administrators took responsibility for providing and maintaining sanitary services they were openly encouraging the outbreak of a fatal disease.

But the commissioners and guardians were reluctant to act. Since Dr Russell had hit upon the idea of a seawater cure in the 18th century, Brighton’s prosperity had grown enormously and land to build on had become expensive. It is perhaps not surprising, therefore, that housing for all the workers, needed to support the fashionable seaside resort and the planned/lucrative programme of urban development, was knocked up quickly and cheaply and the necessity for effective sanitation and building regulation overlooked.

In 1849, the engineer Edward Cresy was sent by the Board of Health to report on Brighton’s housing and he agreed with Kebbell’s general conclusions. Cresy surveyed the worst areas where, in his words, “the humbler classes lived”, and pinpointed where diseases prevailed and suggested possible causes. His report made excoriating reading. Amongst other things he wrote about Carlton Hill, where the sewers ran above the level of some of the cellars and consequently seepage occurred though the walls; Saunder Court, where the cesspool had not been cleaned for five or six years; St John’s Place where the privies for 18 houses had no drainage whatsoever; Suffolk Place, where the only drainage for Mr Barnett’s pig yard was down open channels; and Vine Street, where several slaughterhouses discharged into the street.
It is easy enough to see how such bad sanitation could be linked to epidemics and general ill-health. What is harder to see is how, in a town where much of its wealth and notoriety rested on the strength of its good health - “kind, cheerful, merry Dr Brighton” - the local authorities did not think it necessary to pay greater attention to what people like Kebbbell and Cresy said. Did they really think that the bad smells and contagion would stay obediently within the dark alleys, courts and twittens of the slum areas?

Certainly their lack of action endangered everyone and it exposed the darker side of Brighton’s prosperity. It revealed the contrasts between the relatively healthy life of the rich in the fashionable crescents, squares and terraces and the deprivation of the working classes, living just a stone’s throw away in the back streets. In 1848 Dr Kebbell wrote, “In no town in the kingdom do the extremes of cleanliness and squalor exist more than in Brighton”.
During the hot, dry summer of the following year, bad drainage and polluted water supply did indeed provide the perfect environment for “King Cholera” to flourish. Not that Brighton’s senior physicians would have acknowledged this fact or the existence of the disease in the town, regardless of how much it raged in other British cities and even London, just a short train journey away. No official disclosure was made. The pseudo-philanthropists, fearful of bad publicity ruining the town’s credibility as a health resort, exerted their influence to suppress the news. The Brighton Herald noticeably dropped all further mention of cholera and the Gazette published weekly information sheets aimed at reassuring the locals and establishing that there was no truth in rumours of the disease.

When The Times and the influential medical journal The Lancet did run the story it was loudly denied by these same administrators who feigned indignation that people from London, whose interests were not mixed up with the town and did not understand what injury they might do, should presume to know better than Brighton’s own, “eminent” physicians.

We now know the extent of this cover-up. Investigation into the Registrar General’s records revealed that cholera was the official cause of deaths on 194 death certificates issued in Brighton during 1849. Incidentally, two of these death occurred on the 14 July, the same day cholera arrived in Pyecombe, where it subsequently killed 13 people.

Referring to the cholera outbreak of 1849 The Times lamented, “The graves of our cities have been crowded with the victims of greedy speculation, careless legislation and frigid selfishness” - dark days indeed. 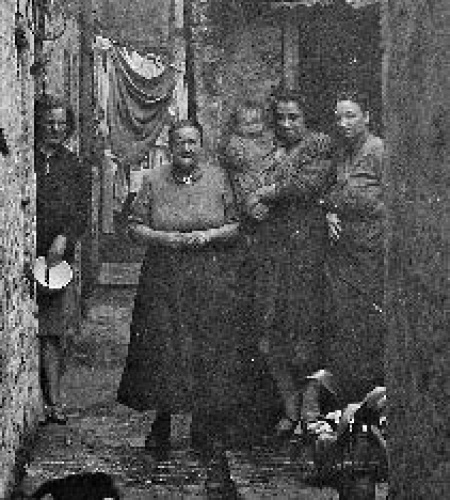 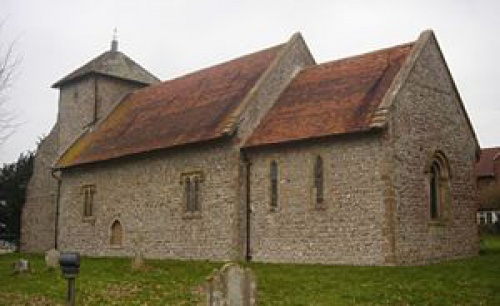 The Church of the Transfiguration in the village of Pyecombe. Church burial records list 15 dead in 25 days of which 13 deaths were from cholera. It is possible that the disease was carried to the village by seasonally employed, agricultural labourers from Brighton.