Prosperity and poverty, dereliction and rebuilding, the story of London Road 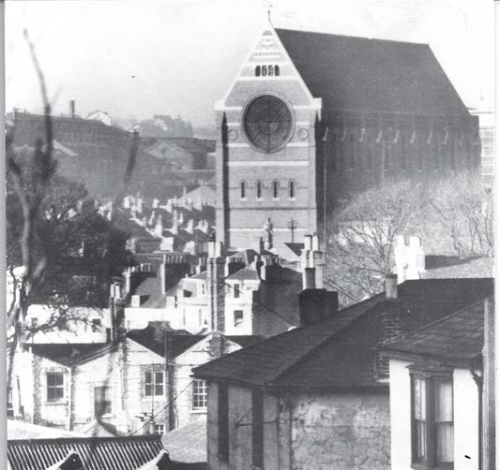 A valley running through downland fields. The first development in this area became Brighton’s first suburb, built on the open field known as the North Butts, an area which we can now identify as between London Road, Viaduct Road and Ditchling Road, a triangle ending in the south at what is now St Peter’s church. The first roads to be developed there were Queen’s Place, Marshall’s and Brunswick Rows.

The road we now know as London Road was initially called Queen’s Road, but was renamed in the early 1800s. Large villas built along the west side between 1800 and 1825 are still visible above the shops, which have been built on their front gardens. An article in The Gardner’s Magazine of 1842 states: “The Street Gardens of Brighton . . . are in general very neatly kept, more especially on the London Road . . . There is a degree of neatness, select planting and high keeping, which is far from being common, in the same proportion in the street gardens of London.”

More small houses were built on the North Butts along Oxford Street and Court, and Brunswick Place North, now Ditchling Road. At this time London Road became the main route to London, and St Peter’s church was built. The railway to Brighton was opened in 1841, which led to the development of the locomotive works, railway workers’ houses and St Bartholomew’s church on land between London Road and the railway line.

In the mid-1800s houses continued to be built along London Road as far as Viaduct Road. From 1900 London Road developed as a shopping street, though the tram system resulted in some demolition at Preston Circus. The status of the inhabitants in the London Road villas began to decline, and the shops started to take over.

In the early 20th century several streets west of London Road: Queen’s Street, Fleet Street and Peel Street, and Peel Place were demolished to make way for the extension to the railway workshops. The London Brighton & South Coast Railway Company was required to replace the houses which had been demolished, and they did so in Compton Road and Inwood Crescent. However the rent for these houses was far too high for almost all the people displaced from Queen’s Street, Fleet Street and Peel Street and Place. It is not certain where most of them moved to, but it may have been to the small streets on the other side of London Road.

After the WW1 ex-servicemen started the Open Market in Oxford Street, later on the Level and finally in Marshall’s Row, to provide themselves with employment.

In WW2 bombs destroyed houses in Rose Hill Terrace and Viaduct Road, these were replaced by prefabs, which remained until the middle of the century. A bomb which fell on Elder Place damaged houses in Elder Street. The locomotive works, a major Brighton employer, closed in 1957. The streets around St Bartholomew’s church represented the last Clearance Programme which was undertaken before clearance became inappropriate. Elder Street was described in the book ‘Back Street Brighton’ in which Jacqueline Pollard conducted interviews with local residents.

In the early ‘70s plans by consultants proposed an elevated motorway from Preston Circus, across North Laine to a multi-storey car park in Church Street, necessitating the demolition of 700 houses in the Preston Circus area. Fortunately the Council rejected the scheme.

Following the completion of Churchill Square London Road started to decline as a shopping street. Marks & Spencer’s closed and London Road was surrounded by derelict sites. At the beginning of the 21st century the derelict sites around the station were redeveloped with flats, offices, a language centre and a new Sainsbury’s, and is now known as the New England Quarter.

In 2007 Tesco’s started buying up shops and offices at Preston Circus for their scheme to build a department store. Much needs to be done to improve the run down area north of St Bartholomew’s church just behind the shops on the west side of London Road, and north as far as Elder Place.

If Tesco’s get permission for their department store will they put sufficient funding into London Road to renovate the beautiful villas still showing above the shops, will they part fund the improvement of the Open Market devised by the market traders, will they build a replacement to New England House with affordable accommodation for small businesses and studios, and will they reduce the congestion and pollution in the area around Preston Circus?

I acknowledge information from Geoff Mead, Jenn Price, Marigold Rogers who have all made contributions towards a book ‘The Lost Gardens of London Road’ which Brighton Books Press hopes to publish in 2009, also from David Roberts’ study of the failed rehousing scheme by the London and South Coast Railway in Compton Road and Inwood Crescent. ‘Back Street Brighton’ was published in 1989 by the Lewis Cohen Urban Studies Centre at Brighton Polytechnic and Queenspark Books, Queenspark Books reprinted it in 2008. 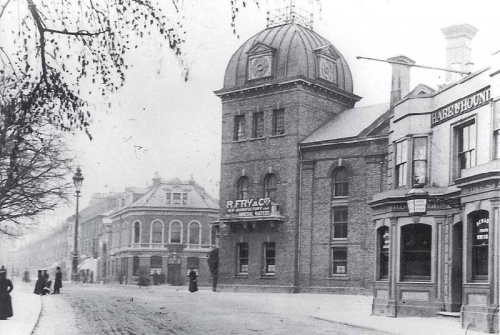