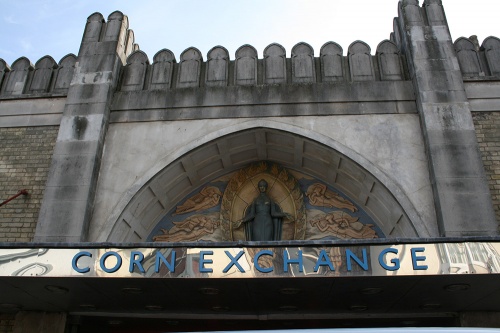 Many moons ago I was a secretary, working for a man who would not normally be considered a traditionalist, but for reasons beyond my young-self, he liked to refer to the four quarter days of the year. For example, he would say ‘….after Lady’s Day’ or ‘when the Michaelmas term starts…’. At the time I thought he was completely bonkers, but now I have made the connection between quarter days and the time of year, particularly Michaelmas, September and our harvest festival customs and traditions.

While these days were the basis for financial calculations, a time to settle debts and to pay rents, they were also loosely associated with the summer and winter solstices, and the spring and autumnal equinox.

Michaelmas was a festival celebrated on 29th September in honour of the archangel Michael - the angel who hurled Lucifer down from heaven for his treachery - and was rich in customs, beliefs and sayings. For instance did you know that….‘A tree planted at Michaelmas, will surely not go amiss’, ‘Blackberries must not be eaten after Michaelmas and ‘If ducks do slide at Michaelmas, At Christmas they will swim…’ - your guess is as good as mine! However, it was geese, rather than ducks, that were normally associated with Michaelmas and Michaelmas Day was sometimes called Goose Day with goose fairs held up and down the country. The custom was to eat goose on this day. One reason for this was that Queen Elizabeth I was said to have been eating goose when news of the defeat of the Armada was brought to her. In celebration, she said that henceforth she would always eat goose on Michaelmas Day. Another suggestion is that tenants looking to delay payment of their rent on this quarter day bought a goose for their landlord as a gesture of goodwill.

The 29th September falls roughly at the end of the harvest, thus Michaelmas had special significance for agricultural societies. In Britain, thanks have been given for successful harvests since pagan times. However, the modern tradition of celebrating Harvest Festival in churches did not begin until 1843, when the Reverend Robert Hawker invited parishioners to a special thanksgiving service at his church at Morwenstow in Cornwall. Victorian hymns such as ‘We plough the fields and scatter’ and ‘All things bright and beautiful’ helped popularise his idea of harvest festival and spread the annual custom of decorating churches with home-grown produce. Traditionally, church bells were rung each day of the harvest, the horse bringing home the last cartload was decorated with flowers and ribbons and corn dollies were made. This idea stemmed back to ancient times when people believed that the corn goddess lived in the corn and would die when the corn was harvested unless some of it was saved. So, to make sure the goddess stayed alive, a corn dolly was made from the last sheaf of corn for the goddess to rest in until the next spring.

A statue of Ceres, the goddess of corn and the harvest, can be seen today in the recess above the entrance to the Corn Exchange in Church Street. Until 1868 Brighton’s corn market had been held every Thursday afternoon between 3 pm. and 5 pm at the King and Queen Inn, in Marlborough Place and Kelly’s Post Office Directory dated 1867 advises that grain was ‘disposed of by sample’. On 1st October, business transferred to the Corn Exchange a building originally designed by William Porden as a Riding House for King George IV. The structure was modelled on the Halle au Blè (corn market) in Paris with a dominating central cupola, which subsequently gave the building its name the ‘Dome’. It was completed in April 1808 and used as the Royal Stables and Riding House until 1856, when for about eight years it was let, by its new owners Brighton Corporation, as cavalry barracks. In 1868, the building became the venue for the new Corn Exchange. The corn market continued to be held there until the Pavilion Estate was taken over as a military hospital in December 1914. For some time after that it was held in the Presbyterian Hall in North Road

Brighton’s corn market may be a thing of the past and harvest festival displays may include more tins of baked beans than home-grown produce, but apparently the autumn teaching session at universities such as Oxford and Cambridge is still referred to as ‘Michaelmas term’. Strange isn’t it what you can learn and, of course, then forget! 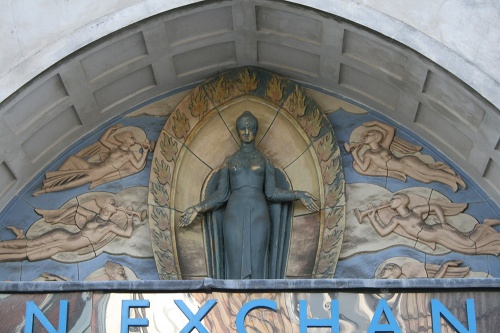 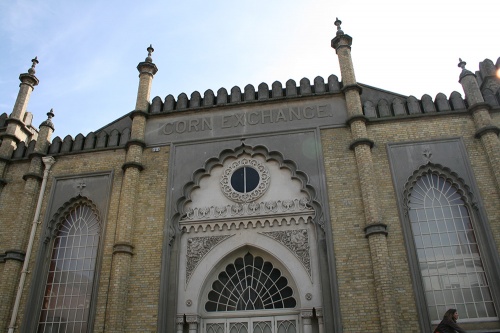