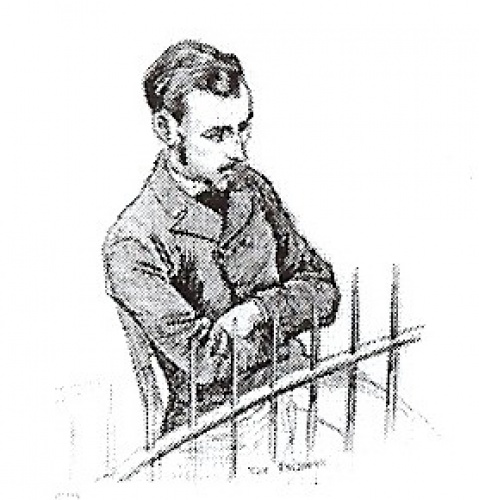 St Peter’s Church has stood at Preston for more than seven hundred years and holds, in its memorial stones, all manner of stories - of people linked to royalty and also to murder.

The oldest graves, from the centuries after the church was built in 1250, no longer survive. One of the earliest memorials is a grey stone plaque in the wall of the bell tower ‘Here lyeth buried the body of Elizabeth the daughter of Sir Richard Shirley, Barronnett who departed this life on 23rd day of April Anno Domini 1684’

‘Walter Barratt of Brighton’ is commemorated, who died aged 70 in 1836 ‘Many years Surgeon and Apothecary to his late Majesty George the 4th’.

This can’t have been an easy job; George 4th weighed 17 stone in 1797 and had a 50inch waist in 1824. Apart from signs of mental instability, he suffered from gout, breathlessness, cataracts and hardening of the arteries brought on by heavy drinking and feasting at banquets. A memorial inside the Church, on the north wall, is to Frederick Isaac Gold who died in 1881. He lived in Tichfield House on Clermont Road, Preston. He became the subject of a notorious murder.

On Monday afternoon on the 27th June 1881 Gold, a coin dealer, was travelling in a first class compartment on the London Bridge to Brighton express train. He was joined by a young man, a journalist, Percy LeFroy Mapleton. When the train arrived at Preston Park station, Mapleton was seen getting out in a distressed state and covered in blood, saying he’d been attacked on the journey. He’d lost his hat, collar and tie. The ticket collector accompanied him onto Brighton, where Mapleton told the Station Master he had been shot and wounded. Asked about a gold watch chain, seen hanging from his shoe, he replied that he’d put it there for safety.

The police were not satisfied with Mapleton’s story but as no one had lodged a complaint against him they concluded that the young man might have been attempting suicide, which was then a criminal offence. He was taken to the local police station, interviewed and gave details of his alleged attackers before being passed to the County Hospital for treatment, where his wounds were discovered to be quite superficial for so much blood.

As a precaution, Mapleton was to be escorted back to his lodgings in Surrey. At Brighton station, increasingly dubious police decided to search him, finding two Hanoverian medals in his pockets but he claimed to have no idea how they got there. During the journey, a telegram from the station master at Balcombe arrived which changed the situation dramatically;

‘Man found dead this afternoon in tunnel here. Name on papers “I Gold”. He is now lying here. Reply quick.’ News that a body had been found, shot and stabbed, was passed along the line. The Detective Sergeant minding Mapleton was instructed by telegram from Brighton police not to let him out of his sight. But Mapleton, saying he wished to change his clothes, persuaded the policeman to wait outside the boarding house, then slipped out and disappeared.

The hunt to re-capture Mapleton was notable for the appeal from the Director of the Criminal Investigation Department (CID) to the press for help. The Daily Telegraph (1 July 1881) published the police description of Mapleton as: ‘Age 22, middle height, very thin, sickly appearance, scratches on throat, wounds on head, probably clean shaved, low felt hat, black coat, teeth much discoloured’

In an age when images were rare compared to the present day, the Victorians were adept at describing people. The Telegraph used full scope to expand on the police details:

‘He is very round shouldered and his thin overcoat hangs in awkward folds about his spare figure. His forehead and chin are both receding. He has a slight moustache and very small dark whiskers. His jawbones are prominent, his cheeks sunken and sallow and his teeth fully exposed when laughing. His upper lip is thin and drawn inwards. His eyes are grey and large. His gait is singular; he is inclined to slouch and when not carrying a bag, his left hand is usually in his pocket.’

But far more significantly the Daily Telegraph published an artist’s impression of Mapleton. This was the first time that a composite picture had been used in this way by a newspaper, which created enormous public interest and resulted in Mapleton being spotted erroneously all over the country.

The Coroner, Wynne Edwin Baxter (who would later be involved as a Coroner in the Jack the Ripper murders in 1888) opened the inquest in which the police were mauled in the witness box for their inefficiency. The Railway Company then offered a substantial reward for information leading to arrest.

Mapleton was finally traced to lodgings in Stepney after sending a telegram to his employer asking for his wages to be forwarded to that address.

The evidence against him was overwhelming. He was identified as the man who had exchanged some counterfeit coins and pawned a revolver. Testimony included a woman living at Horley who saw two men struggling violently in the train as it passed her cottage. A jury found him guilty after retiring for only ten minutes.

It was revealed during the trial that at the time of the murder he had been desperately short of money and had gone to London Bridge with the intention of robbing a passenger. He had hoped to find a female victim but finding none suitable had settled on the elderly Mr Gold.

Mapleton was hanged at Lewes jail on November 29, 1881 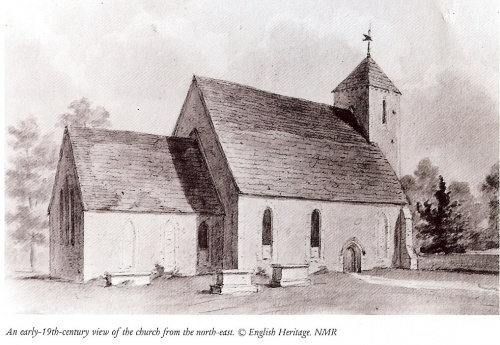 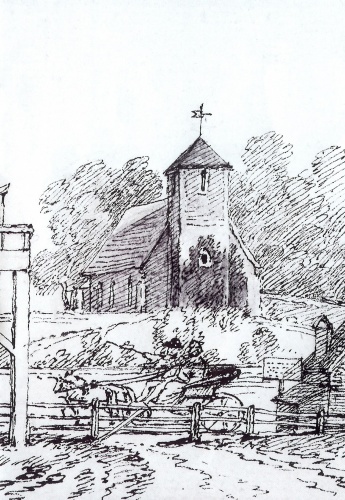