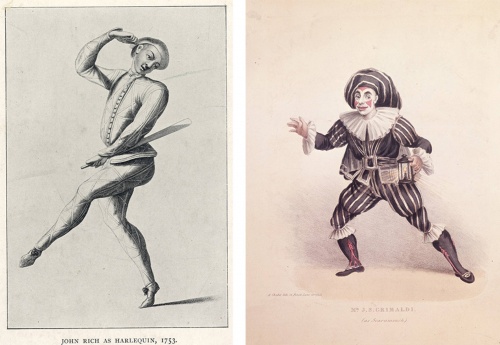 The adoption of ‘disguises’ dates back millennia, masks and special costumes playing an important role in magical and religious rites, as well as public spectacles and celebrations. By the 1800s many different occasions required donning ‘fancy dress’ - something that many still enjoy today.

Although the precise origin of masked and costumed events is hazy, one of the earliest examples is the Ancient Roman triumphal car – a chariot with masked attendants, driving through the streets to commemorate military victory. In the Middle Ages there developed a tradition of masked mummers accompanied by torch-bearers going from house to house during the carnival season, followed by Renaissance-era and later processional pageants featuring costumed tableaux vivants. Historically the season of carnival extended from after Christmas to Lent, during which time the Catholic Church permitted festivities and outdoor entertainments. The streets of Venice and other Italian city-states became living theatres for masked and disguised revellers, the nobility organising costumed and decorated floats. This tradition inspired the performances of the famed sixteenth-century Commedia dell’Arte troupes, whose character ‘Pulcinella’ was the model for Mr. Punch in Punch and Judy shows.

In Georgian London a vogue arose for masquerades – lavish balls or entertainments at which participants arrived incognito, wearing a mysterious mask and voluminous Italian cloak called a ‘domino’, or appearing in fantastical guise as hussars, Indian princes, Turkish ladies and seventeenth-century ‘Van Dyck’ figures. Costumes took various forms but anonymity and intrigue were key themes of masquerade, which emphasised disguise and role-playing. Initially such decadent diversions were the preserve of the upper classes, but the general public had an appetite for dressing up too, and by the late-1700s masquerades were being held in local assembly rooms and halls up and down the country.

During the nineteenth century there developed a fervour for the past, inspired by Romanticism, Gothic-revival taste and general Victorian aesthetic eclecticism which favoured antiquity, medievalism, the Renaissance and Tudor eras. Reflecting a pronounced interest in historical costume, growing numbers of ‘fancy balls’ hosted by the landed establishment and nouveaux riches were peopled by costumed figures from history, from King Henry VIII, complete with padded doublet and trunk hose, to Queen Elizabeth I, arrayed in red curled wig, vast ruff and swaying farthingale. These gatherings were also emulated and replicated throughout provincial society, at balls, parties and theatrical events, especially during the winter months – the acknowledged ‘season’ for socialising, music and indoor entertainments. Long before large fancy dress hire companies existed, there was no shortage of local costume makers. Historically most women could sew, and some dressmakers and seamstresses specialised in creating fancy dress costumes for local people.

As well as past modes, exotic ensembles evoking the mysterious ‘Orient’ were also in demand, including flowing Turkish and Arabian garb and picturesque headdresses. Indigenous clothing styles from the New World, such as North American Indian dress, were also of interest, some interpretations of which we would find unacceptable today. The most famous costumed event of the late-Victorian era was the sparkling Devonshire House Ball, hosted by the Duke and Duchess of Devonshire at Devonshire House, Piccadilly. With guests including the Prince of Wales dressed as the Grand Master of the Knights Hospitallers of Malta and Lady Randolph Spencer-Churchill as the Byzantine Empress Theodora, the ball was thrown in July 1897 to celebrate Queen Victoria’s Diamond Jubilee.

With the surge in mass celebrations and public participation that characterised the 1800s ordinary people also marked royal coronations, jubilees and military victories with local festivities and costumed events. School children dressed up in playful accessories for the above-mentioned Diamond Jubilee in 1897, wearing paper hats, sashes and capes hung with streamers, ribbon bonnets, rosettes and floral garlands. Over half a century later when Queen Elizabeth II was crowned in 1953, in community halls and streets nationwide children were treated to fancy dress parties, dances and conjurers.

Public pageants, processions and displays, both national and local, were more common in the past than today, often involving tableaux of appropriately-costumed characters. Fancy dress competitions were also popular, at Christmas and over Bank Holiday weekends, when families had time off work and school. Overtly patriotic themes were especially popular in the late nineteenth and early twentieth centuries, when faith in the concept of Empire still held strong: many a past family member would have dressed up as (or watched others representing) the mighty figure of Britannia and her fearless soldiers and sailors, the Union Jack flag always flying.

Small towns, villages and rural communities often observed time-honoured festivals marking the changing seasons and celebrating the land. May Day was an ancient tradition and in Lark Rise to Candleford (1945), Flora Thompson recalling her 1880s childhood in an Oxfordshire hamlet, described the annual May Day procession – the most exciting time of year for local children. The girl chosen to be May Queen wore a daisy crown and white veil, other girls who could procure white veils wearing them too, along with white or pastel-coloured frocks and white gloves. Both boys and girls were decked out with bright ribbon knots and bows and sashes, the boys’ sashes traditionally worn diagonally over one shoulder. Hallowe’en on 31st October, when spooky costumes are donned and skeletons, witches and zombies stalk the streets, dates back centuries although our modern-day craze in Britain has been imported from America, escalating in recent decades. Soon afterwards is Guy Fawkes or Bonfire Night, commemorating the conspiracy to blow up the Houses of Parliament on 5th November 1605. Subsequently this event has been marked in various ways, the custom of children wheeling effigies of Guy Fawkes through the streets and begging for pennies first recorded in the late-1700s. In late-Georgian and Victorian Britain participants in Guy Fawkes rituals also dressed up and wore masks, traditions later passed down the generations. Christmas is also traditionally a time for dressing up, whether in school plays, local shows or seasonal pantomimes. Pantomime, with its outlandish costumes, comedy turns, songs and audience participation also has its roots in Renaissance Italian street theatre or Commedia del’Arte, although it was during the Victorian era that favourite fairy-tale characters, magical animals, principal boys and pantomime dames all entered the mix. This Christmas there will be few, if any, live festive events to attend, but the love of dressing up and fanciful costumes will endure and remain a part of our culture. 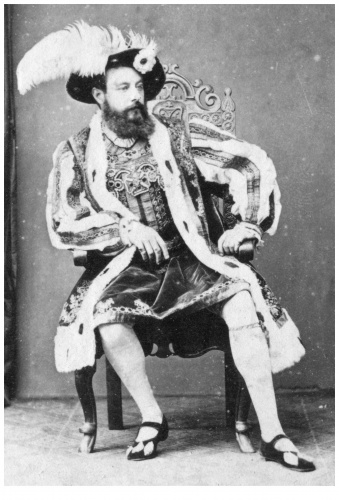 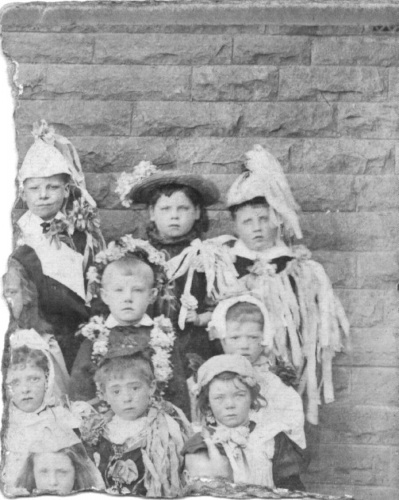 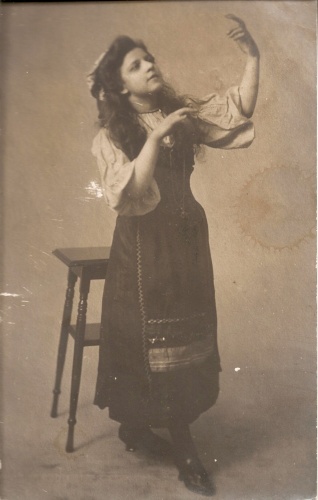 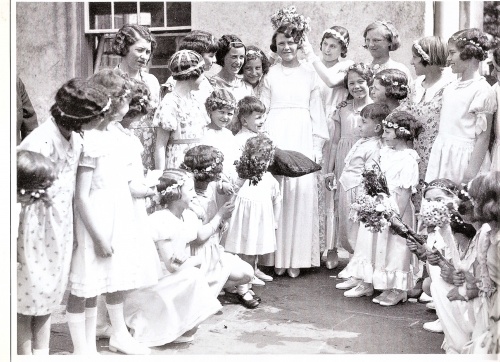 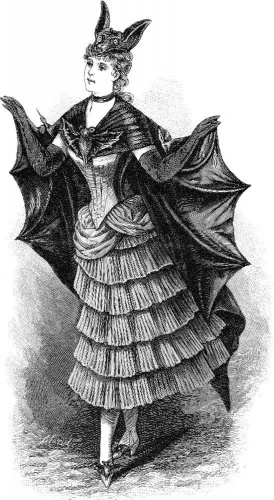 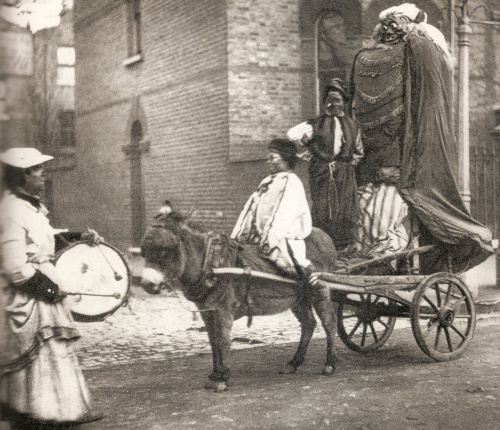 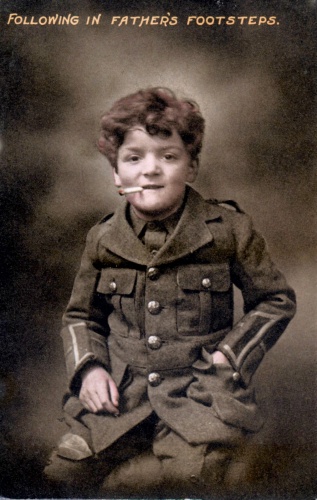 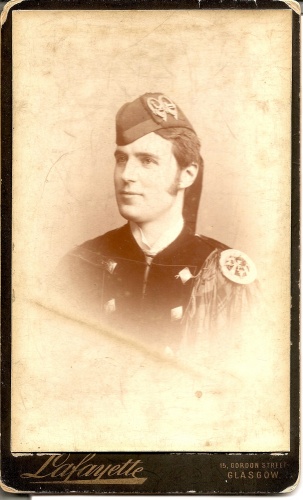 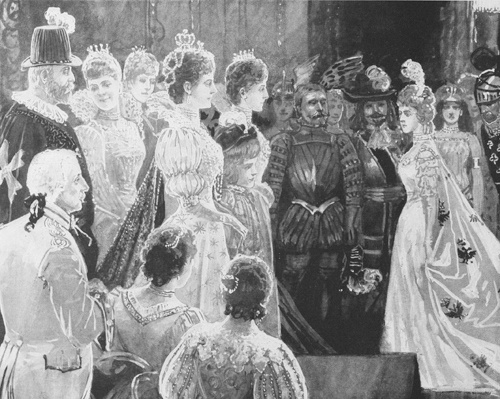 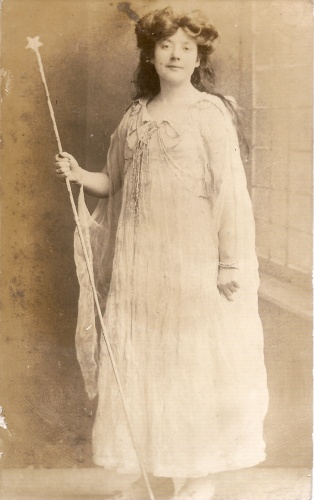