AUSTERITY IN BACKYARD BRIGHTON IN THE THIRTIES 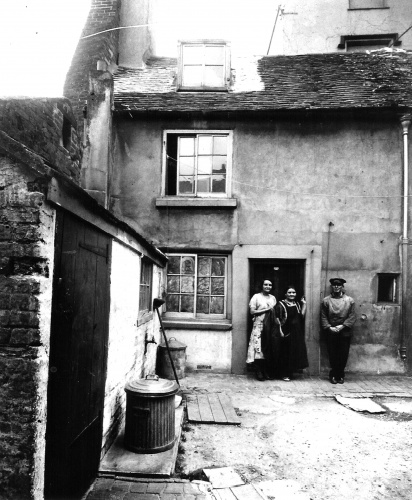 I had heard, in the 80s, about the ‘slum photographs’, as they were known, in the keeping of the Chief Environmental Health Officer of Brighton Borough Council, so I asked him if I could see them. He said I could, if he could find them. Two years passed and I heard nothing so I gave up. I thought that they might have been stolen.

Then, unexpectedly, I got a call to say that they had been found and I could come and fetch them. I had no idea what to expect. I was handed a scruffy paper carrier bag, but inside was an amazing collection of photographs of the Brighton streets which had been razed to the ground in the 1950s. Not only were the photos interesting from a historic and social point of view, but many were also beautifully composed images.

t that time I was Director of the Lewis Cohen Urban Studies Centre at the then Brighton Polytechnic, now the University of Brighton. We wanted to bring this collection of photographs to a wider audience and decided to collect the best of them into a book. We did not just want to make a coffee table book of photographs, but where could we find the text to go with them? We decided ask the Argus to publish a list of the streets in the photos, and to ask anyone who had lived in these streets to get in touch with us.

We did not know whether we would hear from anyone, but we did! Some people wanted to be interviewed, some dictated and some wrote down their memories. Altogether they painted a rich picture of life in those streets. We quickly learned that the streets were not slums, “They were cosy homes for happy families”.

Backyard Brighton was built between 1800 and 1850 before the days of damp courses, and of the cheapest materials readily to hand, usually bungaroosh. The bedrooms were unheated so the walls streamed with water. Absentee landlords allowed the houses to deteriorate, but the main reason for the poor condition was gross overcrowding, often two or three families in each small house.

The demolition of these houses in the 50s was also the destruction of a complex social support system. People felt they belonged to their area of the town - to that small collection of streets around their home - and everyone knew where their area began and ended. ‘Gran lived up the road and Mum across the way’. I once interviewed a man whose extended family occupied the whole of one side of a street. A woman who lived in North Place told me that when she married she and her husband occupied a house opposite her mother’s.

Land was expensive in Brighton so the houses were crowded together, with even more houses squeezed in behind the original ones, some in little courts. They had shared outside privies which drained into the chalk soil. Water for the houses was drawn from wells close by, as a result cholera constantly threatened.

As long as the man of the house was in work there was plenty of food, but it would often be shared with neighbours who had fallen on hard times. There was always some food: fish scraps on the beach or from the ‘herring dees’ – the smokeries. Wages were low and social services were non-existent. The pawnshop enabled families to get through to the end of the week.

Some people even passed on the warm water in which they had washed their clothes to their neighbours, so they could wash their clothes in the same warm water. Warm soapy water was not to be wasted.

Women seldom left their houses; children often did the shopping as it was thought that they would get a better deal from shopkeepers. We asked one woman why she never left her house, she replied: “Why should I? I have a very nice backyard.”

Women were proud of their houses, they starched their lace curtains, the front step was washed daily, the passage re-papered every six months and when the lino was polished, the bare boards showing through the holes were also polished.

Children usually had happy memories of life in these streets, courts and twittens which were their world, and in summer on the beach. Despite the poverty, life for the children was happy as long as their fathers were in work, otherwise they often went hungry.

Families living in poverty today must see how the other half live on television, this must make it much harder to bear. Children living in the small streets and courts in the 30s had probably never seen how the other half lived, it was a different world. All the families living in these streets were poor, but as a result of the mutual support system, they felt that they were all in it together, to quote a sentence misleadingly, and inaccurately, used to describe society today.

If you would like to read more about life in the small scale Brighton houses in the early part of the last century you can buy ‘Backyard Brighton’ for £12.75 from the Amnesty Bookshop, 15 Tidy Street, Brighton, or by post from Brighton Town Press, 10 Clermont Road, Brighton BN1 6SG, please add £2.00 for p&p. www.brightontownpress.co.uk/ 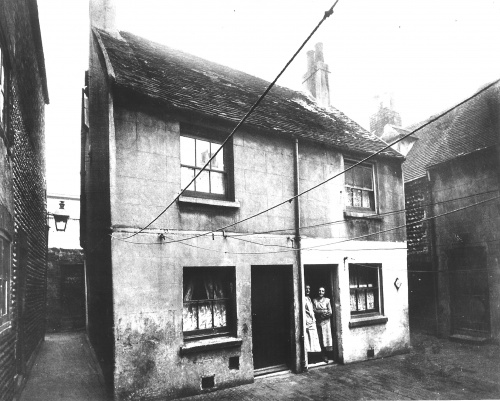 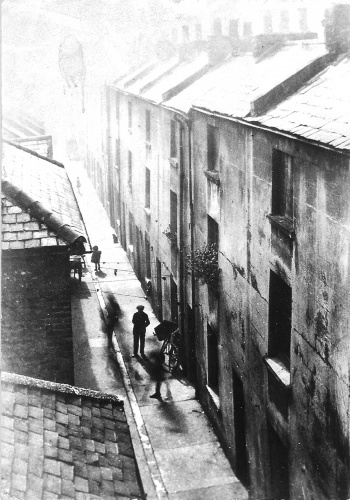 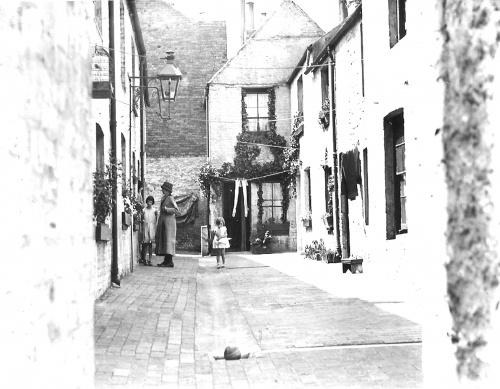