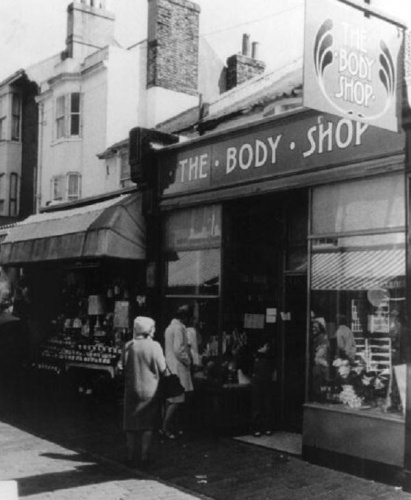 On the 27th March 1976 Dame Anita Roddick opened her first Body Shop. The location she chose was No. 22 Kensington Gardens, Brighton. Anyone around the North Laines at that time will remember the excitement they experienced walking into this “funky”, new shop. Hard to imagine today, but everything about it seemed innovative and modern – so very different from the beauty industry that we were used to.

Born in 1942, Anita Perilli was the third of four children, her parents Gilda and Donny Perilli were Italian-Jewish immigrants, who had come to England from Naples at the start of the Second World War and ran a café in Littlehampton. Anita went to a convent school, then Maude Allen Secondary Modern. Her early ambition to become an actor was thwarted when she failed to get into the Central School of Speech and Drama, instead she embarked on a teacher training course in Bath. After graduation she taught English, but the classroom was not for her; she had a craving for exploration and adventure. After a year in Paris in the library of the International Herald Tribune and another year in Geneva working for the United Nations, she hit “the hippie trail,” travelling through Europe, the South Pacific and Africa. Through the joys and, I imagine, pains of budget travel she encountered many cultures and different forms of body care that were to become so important in informing her later work.

Back in England, Anita was introduced to Gordon Roddick, a kindred spirit who also had a thirst for travel. Anita and Gordon had a daughter, Justine, and married in Reno, Nevada in 1970. They spent some time just wandering, before returning to Littlehampton to run a bed-and-breakfast and then a restaurant.

In 1976, it became obvious that Gordon wanted more for himself; his great ambition was to ride a horse from Buenos Aires, Argentina to New York. Anita understood his wanderlust and agreed to sell their restaurant to finance the trip. “It blissed me out to have a partner who said, ‘I’ve got to do this. I’ve got to be remarkable’”, she explained.

Practically though, Anita had to support herself, Justine, and baby Samantha during his absence. One way to do this was to use the cosmetic knowledge she had gained during her travels. Anita found an herbalist in the Yellow Pages to help create her products; secured a £4,000 bank loan; and found a little shop in a road where the rents were cheap and there were other small operators just starting out.

But things were never going to be that easy. First, the undertakers’ business opposite her shop in Kensington Gardens protested that having “The Body Shop” so close to their funeral parlour was wholly inappropriate! Her very limited budget meant everything had to be done on a shoestring (it is only with hindsight that we know many of her necessity driven decisions turned out to be staggeringly prescient). To hide damp patches on the walls of the shop, they were painted dark green, the colour that would later be instantly identifiable with the company brand. To get around the problem of having insufficient funds to buy-in more bottles, Anita offered discounted refills to customers who brought back their empty containers and she used minimal packaging to keep costs as low as possible. Instead of keeping a large stock of ready-scented shampoos and lotions, it was cheaper to have fragrance-free products and allow customers to pick from a selection of perfume oils and scent their own purchases. With no advertising experience, she relied on in-store leaflets and well-placed interviews to sell the products.

It was simple; it was radically different, and customers were quickly hooked. They liked the frankness with which they were told nothing The Body Shop sold could make them look younger or more gorgeous, but what was on offer was naturally based ingredients that had not been tested on animals.

Anita was a storyteller, and she created a narrative around each of her products that cleverly introduced new ways of thinking to her customers. People were drawn to the idea that The Body Shop, and by extension them, was concerned about being environmentally friendly, championing fair trade and the ethics of responsible consumerism.

Within a year, the business had grown so large they were able to open a second shop and start looking to sell franchises – the first overseas franchise opened in a kiosk in Brussels in 1978. By the autumn of 1982, new Body Shop stores were opening at the rate of two per month.

Such enormous business success meant that Anita was elevated to a position where her positive activism could make a ‘real’ difference. She teamed up with Greenpeace on the Save the Whale campaign to fight the cruel practise of whaling, promoting jojoba oil as a substitute for sperm whale oil (used widely in cosmetics at the time). The company backed Amnesty International, Friends of the Earth, and the Big Issue.

Their first human rights campaign came with Amnesty International in 1988 to mark the 40th anniversary of the Universal Declaration of Human Rights. It was followed by many diverse and deserving causes, that, to be honest, most high street shoppers would never have known about had it not been for Anita and The Body Shop. These included support for activist Ken Saro-Wiwa and his struggle in Nigeria from 1993; and in the late 1990s the case of three African American men who had been held for more than two decades in solitary confinement in Louisiana State Penitentiary.

Anita was confident that she could maintain a balance between entrepreneurship and activism, but, inevitably, there was a reaction – even her loyal customer base found themselves being a bit sceptical. Could someone as wealthy as Anita (by the 1990s she was reputed to be the 4th richest woman in Britain) really hold to the principles of egalitarianism?

Could someone who headed a company with 2,000 outlets in 55 countries really be a sincere anti-multinationalist? More controversy and criticism was raised in 2006 when The Body Shop was sold to L’Oréal; a company known to use animal testing and be part-owned by Nestlé.

After the sale of the company, Anita was able to pursue a wide range of global activities in support of human rights, but by this time she was living with a diagnosis of liver cirrhosis due to long-standing hepatitis C.

Dame Anita Roddick died of acute brain haemorrhage on the 10th September 2007, aged 64. When details of her estate were published, it was disclosed that she had bequeathed her entire £51 million fortune to charity. 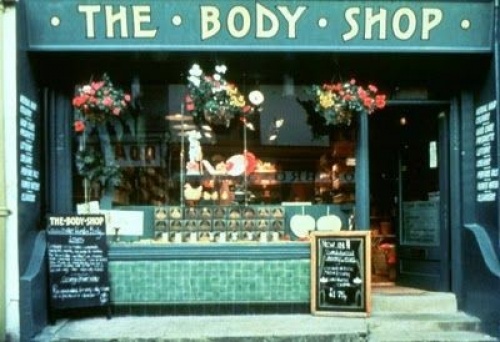 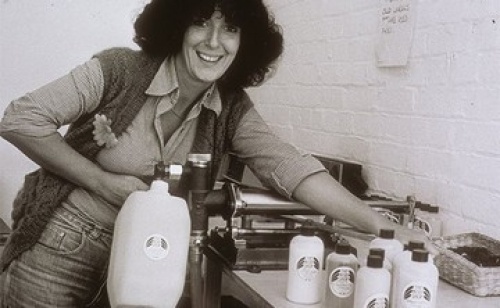 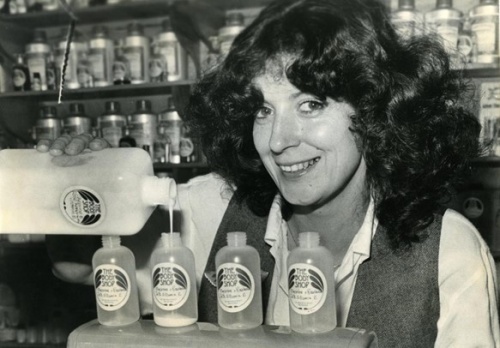 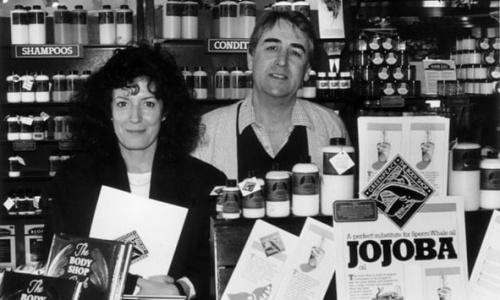 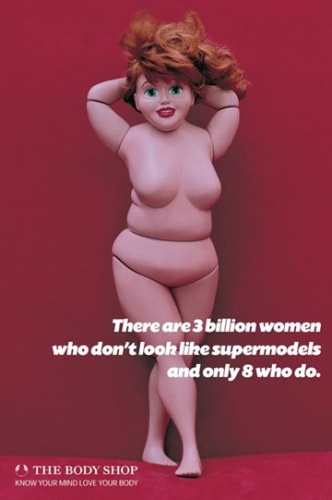 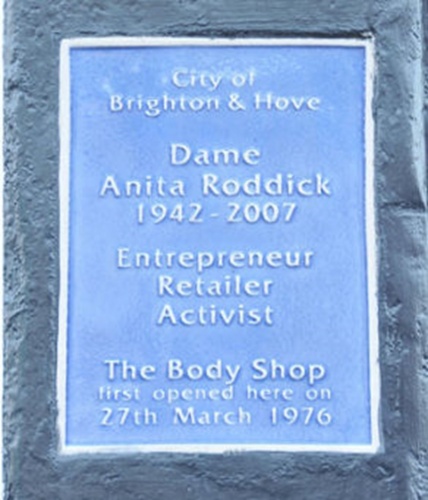 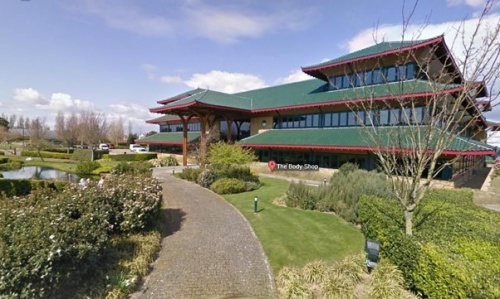