A HISTORY OF PRESTON PARK 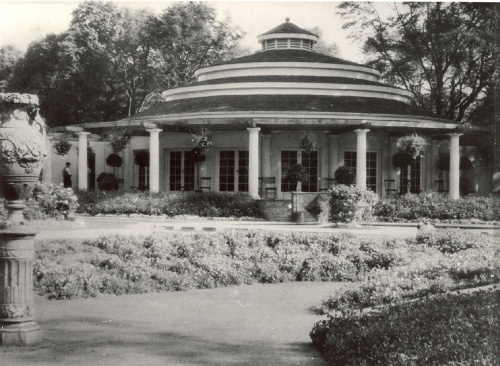 In 1628 Preston Manor was described as: “the Mansion House of Preston” with “a gatehouse, stables, coach house and other outhouses, barns, gardens, orchards, bowling green with a plantation of young elms”. William Stanford bought Preston Manor and nearly 1,000 acres of land from his landlord Charles Western in 1794 for £17,000.

The land, open meadows divided by fenced hedgerows with trees, was probably used for sheep farming in the 17th and 18th centuries. It is sometimes possible to see a green ring in the grass close to the Tile House, which may have been a dewpond.

The population of Brighton had grown by the late 19th century and it was considered necessary to provide leisure facilities for rich and poor. In 1871 William Davies, a Brighton bookmaker, made a bequest of £70,000 to the corporation. His will stated that this money had to be spent on buying 67 acres of meadow for £50,000 from Mr and Mrs Bennett-Stanford of Preston Manor.

The Brighton Herald reported on the opening of the Park on 13 September 1883 “now that the park is actually in the possession of the inhabitants [of Brighton] we think the town may fairly be congratulated.” After extensive landscaping and the installation of new leisure facilities, costing £22,868, Preston Park was formally opened on 8 November 1884 by the mayor, Alfred Cox. It was Brighton’s first and largest municipal planned park (Queen’s Park, although older, was privately owned until 1890).

The Head Gardener, Mr Shrives, and Mr Lockwood, the Borough Surveyor carried out improvements. Iron railings were erected along the Preston Road side with an avenue of trees: elms, chestnuts, ash and poplars. Flowers and shrubs were planted and seats installed..

The first building to be erected in the park in 1883 was the Tile House, originally the ladies cloakroom.

The Mayor, Alderman A H Cox, officially opened the Park on 8 November 1884. On 3 January 1884 the Town Council approved the byelaws which included the following:

No cattle, carriages, barrows, bicycles, tricycles were allowed in the Park, though perambulators for children and wheeled chairs for invalids were allowed.

Other bye-laws prohibited being in charge of a dog without a lead or string, disturbing or injuring birds in their nests, drying or bleaching linen, beating carpets, selling alcohol, preaching, setting up a stall or playing games except in the designated spaces.

A pair of handsome gates was erected at the southern main entrance, with an equestrian drive – Rotten Row – on the east side. The middle gates opened from the Preston Road opposite Lovers Walk onto the driveway, with another gate at the northern end, and a small gate at the north eastern end leading to Preston Park Avenue. Railings surrounded the park and a bell was rung at dusk before the gates were locked. The park superintendent’s house stood at the bottom of Preston Park Avenue, adjoining Preston Road, near the present entrance until 1929 when it was demolished The Chalet café was opened in 1887 with the park police occupying the upper rooms from where they had commanding views over most of the Park.

The clock tower, officially handed over to Brighton Corporation on 17 June 1892, was designed by Francis May, the Borough Engineer, in the Flemish Renaissance style in red-brick and terracotta. The initials EW on the clock stand for Edward White, who financed the project.

A cricket ground was laid out in 1887 on the international Gun Polo Club ground at the north end of the Park, with open air seating for thousands of people. A wooden grandstand seating for 500 people was erected in 1930. The arena was also used for athletics meetings.

In the 1930s Captain MacLaren, the Parks Superintendent, remodelled the gardens by removing the iron railings and the southern entrance lodge. Shrubs were removed to make space for new tennis courts, bowling greens and pavilions. A flower-lined path between the tennis courts led to the formal rose garden, a fountain, a pond and the Rotunda café. In the 1930s balustrades and dolphin lamp standards were added to the new entrances.

Captain MacLaren was asked to advise on the layout of the Lye or meadow, which lay below the Ha-Ha below the bowling green. It was enclosed by iron railings and laid out as a wild garden. The Stanfords were influenced by William Robinson’s ideas for wild gardens, he also influenced the original scheme for the Walled Garden, a plan that has now been re-created following its destruction by a later Director of Parks and Gardens. Sadly Robinson’s Wild Garden was stripped of all planting to convert it to the blind garden, designed to celebrate the coronation of Queen Elizabeth II in 1953.

Part of the Park was dug up for allotments in World War II, and they remained until 1950. A large static water tank was placed in the middle of the Park at the same time to waterproof the tanks for the D-day landings. Several trees in the Park we destroyed in the Great Storm of 1987.

Preston Park is the largest ornamental park in Brighton and Hove, consisting of 67 acres of playing fields, tennis courts, bowling greens, a cricket pitch, a cycle track, a children’s play area, rose garden, a garden for the blind, a pond, two cafés and a vegetable garden. The park remains green throughout the summer because of a non-drinkable underground water source, known as the Wellesbourne, which runs below Preston Park, London Road and The Level. The source dates back many centuries and is often referred to as Brighton’s lost river.

An attractive rose-walk between the tennis-courts leads through the bowling-greens to a rose garden at the southern end of the park, containing a pond and ornamental stepping-stones. Adjacent is the Rotunda Café.

The Rose Garden refurbishment/restoration was paid for by Southern Housing (£50,000) as a contribution to improve the environment in return for permission to build Wellend Villas [3 blocks of flats] in Springfield Road.