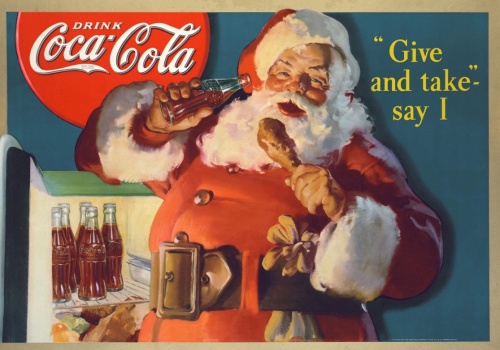 It is impossible to envisage Christmas without the familiar figure of Santa Claus or Father Christmas, with his rosy cheeks, bushy white beard and jolly red suit. Yet our interpretation of this seasonal gentleman has evolved over centuries, his image shaped variously in Europe and the USA, eventually finding the festive form widely recognised today.

‘Santa Claus’ derives from the informal Dutch name for St. Nicholas, Sinterklaas (shortened from Sint Nikolaas). St. Nicholas was a 4th-century bishop from Myra, Greece (now in Turkey) who gained a reputation for giving secret gifts, for example slipping coins in shoes left out for him. One tale relates how he helped an impoverished family about to sell their daughters into slavery, by throwing bags of gold down their chimney, where they landed in the girls’ stockings drying by the fire. He was also the patron saint of children, and from early on became associated with presenting gifts to children, allegedly passing through locked doors and down chimneys to deliver his offerings.

The religious feast day of St. Nicholas on 6th December was much-celebrated during the middle ages, then declined after the 16th-century Protestant Reformation, except in the Low Countries where the legend of Sinterklaas continued. There it became traditional to buy gifts for children and leave them out on the eve of 6th December: markets sprang up selling toys and treats for the occasion, while St Nicholas impersonators dressed up in red bishops’ costumes, attracting the festive crowds.

Simultaneously the separate phenomenon of ‘Father Christmas’ developed in England, first personified in a 15th-century carol as ‘Sir Christemas’ who announced Christ’s birth and urged his audience to ‘Make good cheer and be right merry’. Variously called Old Father Christmas, Sir Christmas, Lord Christmas, Prince Christmas or Captain Christmas, he symbolised the spirit of good cheer – a merry presence presiding over the adult entertainments that constituted Christmas in the Tudor and Stuart eras. The English ‘Christmas’ was not at that time connected specifically to children or with bringing gifts, but was sometimes linked with the bearded pagan god Woden (Odin), becoming entrenched in English folklore.

Ben Jonson’s play Christmas, His Masque performed for the royal court in 1616 presented ‘Old Christmas’ as an elderly fatherly figure in a long beard and old-fashioned robes. During the English Civil War (1642-51) the Puritans officially banned the celebration of Christmas and in a 1658 Royalist pamphlet The Examination and Tryal of Father Christmas depicted Christmas as a stately bearded man in traditional fur-trimmed gown. Following the Restoration of Charles II in 1660 and reinstatement of Christmas as a holy day, ‘Father Christmas’ re-emerged in theatre and folk dramas, but for almost two hundred more years he remained an allegorical figure of fun, dedicated to extravagant feasting and riotous games.

Renewed interest in the notion of ‘Father Christmas’ developed in the early-mid 19th century. He featured in popular plays and, with printing now rapidly advancing, was increasingly depicted in published works. In illustrations he was often portrayed as a winter sprite crowned with garlands of holly and surrounded by abundant food and drink – a hedonistic image that also shaped the Ghost of Christmas Present in Charles Dickens’ A Christmas Carol (1843). But the concept of Christmas was evolving in early-Victorian Britain: with growing emphasis on home and family life, the traditional season of boundless jollity had to become more child-friendly and a ‘safer’, kindlier figure was required to represent Christmas.

Sentiments now turned to the early-Christian, saintly St Nicholas or Sinterklaas, still celebrated in Europe and in the USA, where the Americanised name ‘Santa Claus’ was born. Following the American Revolutionary War (1775-83) the many Dutch settlers in New York City revived their traditional customs, including St. Nicholas, who was nominated the patron saint of both the city and the burgeoning NY Historical Society. At the Society’s first anniversary dinner in 1810, portraits of the saint by artist Alexander Anderson were circulated, his ‘Sancte Claus’ being depicted as a bishop-like figure who also deposited gift-filled fireside stockings for well-behaved children.

Further American writers and illustrators added more elements and gradually ‘St Nicholas’ mutated into ‘Santa Claus.’ Initially he assumed various forms and was attired in myriad colours including red, blue, green and yellow, the famous red suit not yet firmly established. In 1863 American cartoonist Thomas Nast even dressed him in stars and stripes, addressing Unionist troops during the American Civil War in an illustration for Harper’s Weekly called ‘A Christmas Furlough’. Afterwards Nast embellished Santa’s story, introducing the world to his home and toy-making workshop in the North Pole. Later, in an illustration of 1881 named ‘Merry Old Santa’, he first created the image of a rotund, jovial, rosy-cheeked, red-suited character that we recognise today.

It was in the USA, then, that our modern Santa Claus first emerged (and it is worth noting here that while a technicolour 20th-century version was later promoted in 1930s American Coca Cola advertisements, they did not - contrary to popular belief - ‘invent’ this image of Santa). Historians usually cite 1864 as the year when he first arrived in Britain, featuring alongside Father Christmas in a story by American author Susanna Warner, and by the 1880s the two figures had virtually merged. In late-Victorian Britain the white-bearded, red-coated Santa was the ideal seasonal figure: kind, jolly and generous to children. Whatever he is called, this is the festive image accepted worldwide today by all who celebrate Christmas. 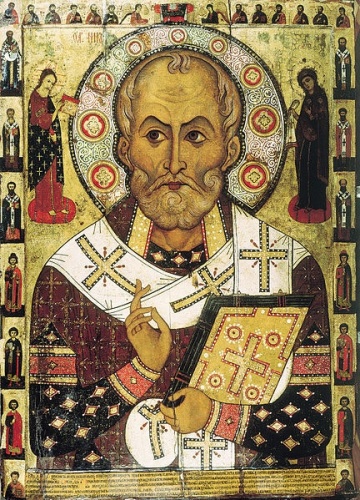 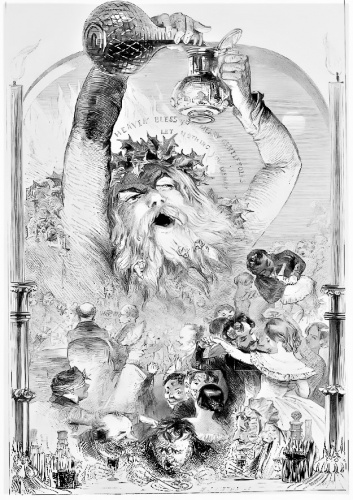 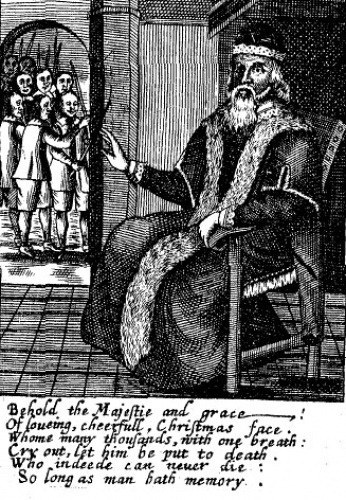 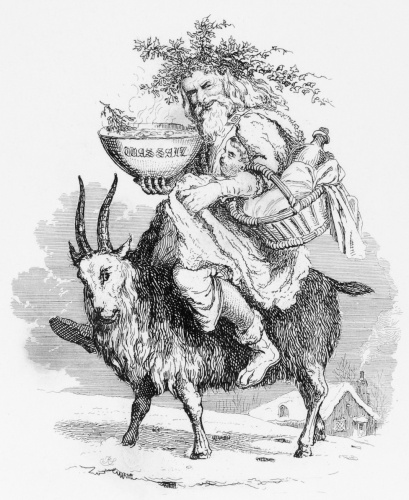 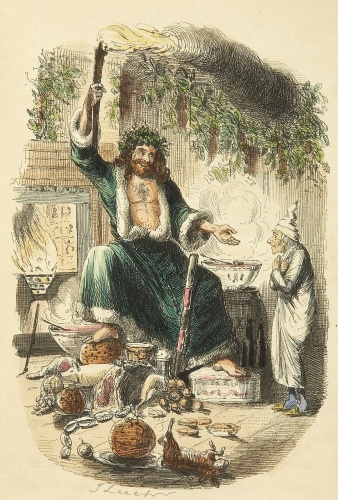 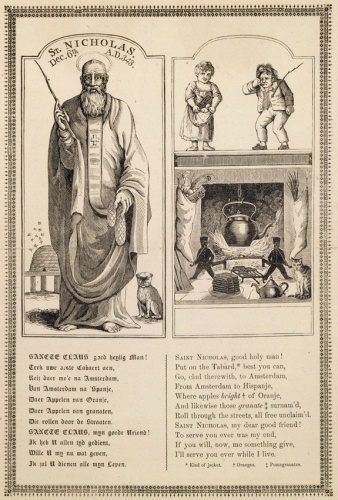 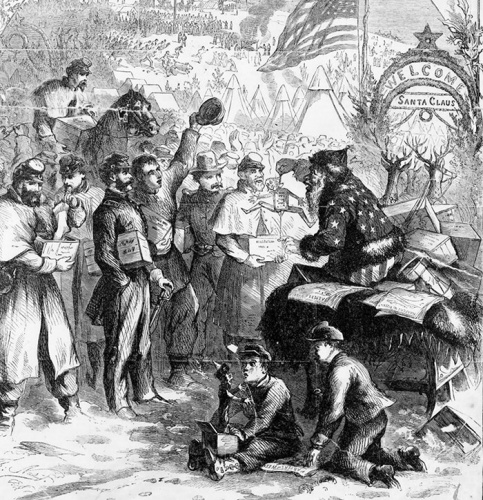 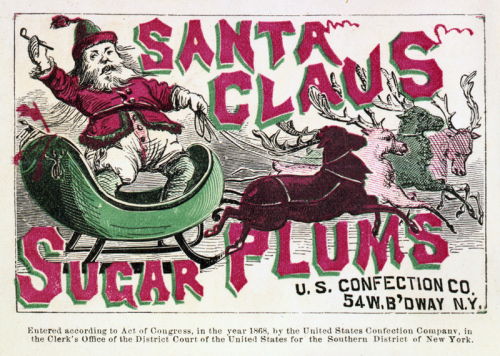 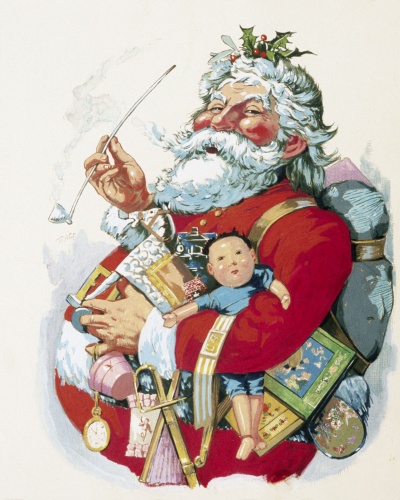 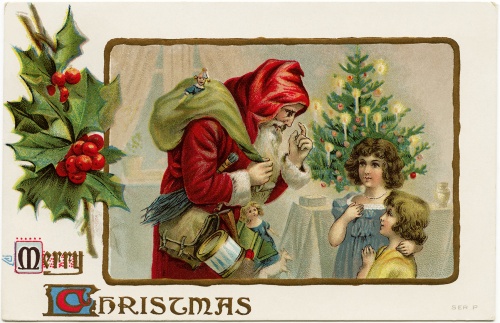 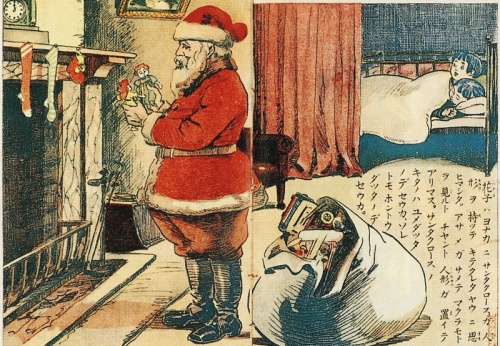